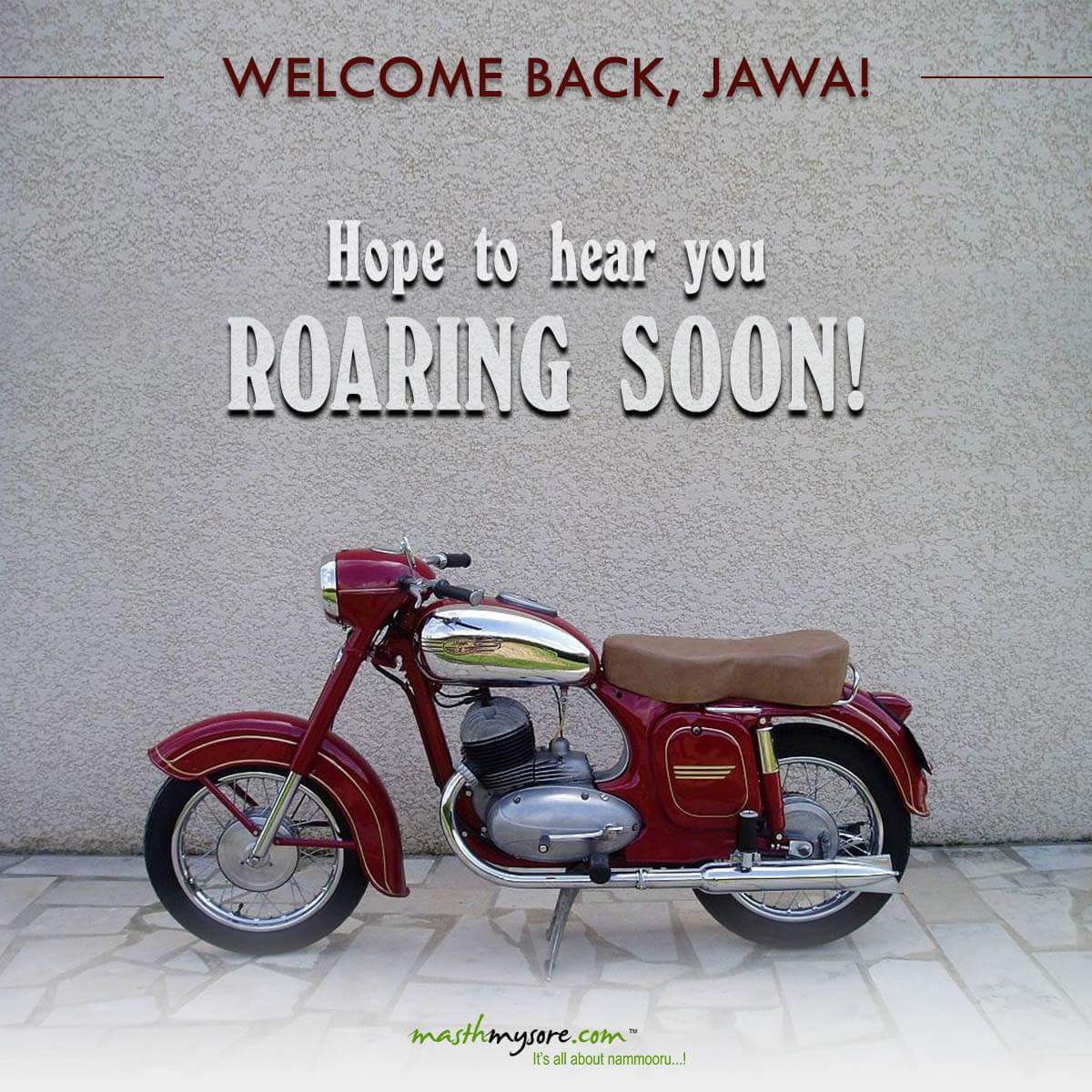 A strand of history coming full circle today as one of the most iconic motorbikes returns back.

For Mysooreans Jawa was/is and never going to be just a bike. It was embedded in the popular culture.

Brandishing a Yezdi with the latest haircut and immaculately trimmed moustache bracketed masculinity for over four decades. It also derived the word “beat” a cool slang even today.

Everyone had a Jawa. My father had. My neighbour had. Their Cousins had. Their neighbour’s had. And some of them still have!

A bit of history trivia-
Hadn’t been for the then Governor of the state HH Jayachamaraja Wadiyar who dutifully insisted the operations factory to set shop in Mysuru, The Jawa was to be manufactured and marketed from Pune-Bombay as it was nearer to port.

Spread over an area of more than 25 acres, the factory was eventually inaugurated by Jayachamaraja Wadiyar in 1961 in Yadavagiri Industrial Area employing around 2200 people.

The original plaque stands to this day

Such was the reverence to its ruler that though Jawa was coined using the first words of Czech founder Janeek Frantisek and Wanderer, the German bike he started producing at his plant in Prague. But for many Mysoreans, even to this dayJawa is also the acronym for JAyachamarajendra WAdiyar.

There are no events