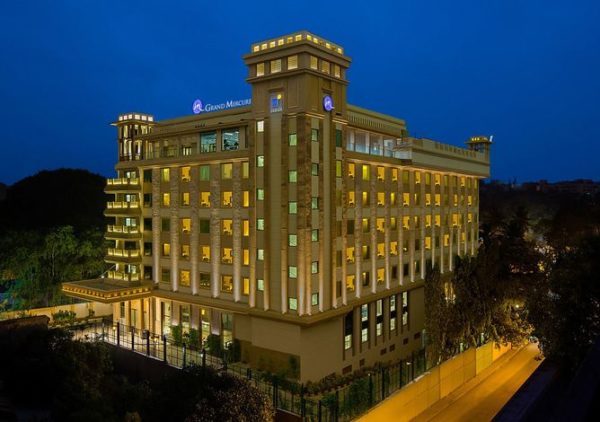 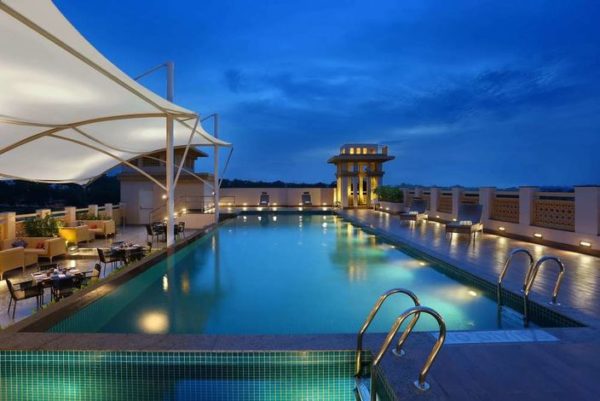 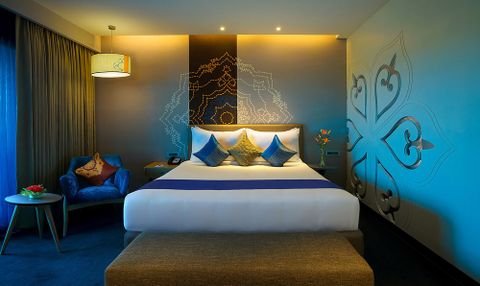 Grand Mercure Mysuru is a luxury hotel in the centre of Mysore that’s suitable for both business and leisure travellers. It’s located on the popular Dasara Pathway Procession and features a rooftop pool and spa.

All rooms and suites are air-conditioned and have en-suite bathrooms. Other features include tea and coffee-making amenities, minibar, safe and television with satellite channels. Some rooms also have a balcony with city views.

By the Blue overlooks the pool and features traditional meals from Northern India. Silk Bar serves a variety of cocktails and wines from all over the world.